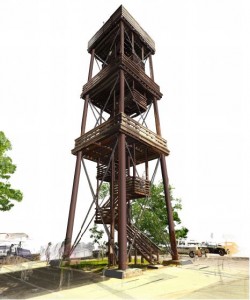 The Eagle Tower was constructed in the 1930’s and overlooks the Peninsula State Park in Door County, Wisconsin. The tower was closed to the public last year amidst safety concerns resulting from the deterioration of the timber members and is scheduled to be demolished in the fall of 2016. The Wisconsin Department of Natural Resources is considering replicating this iconic structure and retained ZS to provide as-built documentation of the tower prior to the demolition. To accomplish this, ZS utilized our in-house laser scanning capabilities to create a “point cloud” of the tower. Once the point cloud was created, the ZS team created a three dimensional building Information Model (BIM) depicting the intricacies of the tower to an accuracy of a fraction of an inch. The final deliverables to the WDNR included a three dimensional model and as-built plans. 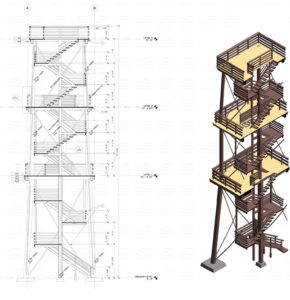